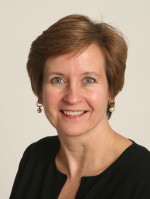 Dr. Milos, a pioneer at the interface of genomics and medicine, joined Claritas Genomics to realize the power of combining next-generation DNA sequencing technology with the clinical expertise of the world’s best pediatric specialists to inform and improve patient care. Previously, Patrice served as the Boston Site Head for Pfizer’s Centers of Therapeutic Innovation and Precision Medicine Lead, establishing academic medical center partnerships, including Beth Israel, Boston Children’s Hospital, Tufts Medical Center, Boston University School of Medicine and Partners Healthcare, to establish proof of mechanism for novel targets and pathways aiming to treat human disease. Dr. Milos previously served as the Senior Vice President and Chief Scientific Officer for Helicos BioSciences, Cambridge, MA. Her expertise and extensive knowledge in the life sciences helped advance the company’s efforts to develop and apply innovative and breakthrough single molecule DNA and RNA sequencing technology with recent focus on molecular diagnostics. Accomplishments included the development of the world’s first and only method for direct capture and sequencing of BRCA1/2, the only method for direct sequencing of RNA and collaborations with institutions including the Broad Institute, Harvard Medical School, Massachusetts General Hospital and the Children’s Oncology Group. Patrice previously served as Executive Director for Pfizer Global Research and Development with responsibilities for leadership of pharmacogenomics, proteomics, metabonomics, DNA sequencing, RNA profiling, and translational biomarkers applied across the Pfizer portfolio from early discovery into the marketplace.

Dr. Milos serves on the Boston Children’s Hospital Technology Advisory Board, is an active NIH grant reviewer and has served on the National Advisory Council for Human Genome Research. Patrice was also pivotal in the establishment and oversight of key Pfizer strategic investments in the genomics area, most notably, the Genetic Association Information Network in partnership with NIH. She also sits on several journal editorial boards and has published and presented extensively in genomic sciences. Dr. Milos conducted post-doctoral fellowships at Brown University and Harvard University. She earned her MS and PhD degrees at Rensselaer Polytechnic Institute in Troy, NY. 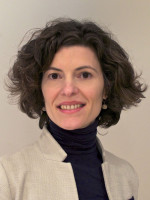 As Chief Business Officer, Nurjana is responsible for Claritas’s business development and partnering. Prior to co-founding Claritas, Nurjana was Associate Director of Strategic Initiatives and Business Development in the Technology and Innovation Development Office (TIDO) at Boston Children’s Hospital. In that capacity she facilitated partnerships between BCH and other entities to support BCH’s clinical and research mission, including the Life Technologies investment that resulted in Claritas. In addition Nurjana facilitated transactions with Shire to support rare disease research and Pfizer to develop bio-therapeutics. As a Licensing Manager at TIDO, she managed several hundred patents and was involved in over 100 transactions, including launching a start-up, licensing agreements, collaborations, material transfer agreements, and confidentiality agreements.

Nurjana was awarded her BA in Biology with distinction from Swarthmore College and her PhD in Molecular Biology and Genetics from the Johns Hopkins University School of Medicine. 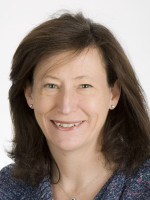 Mary Ellen Cortizas joined Claritas as a founding member after twenty-eight years in the Department of Laboratory Medicine at Boston Children’s Hospital, including the last sixteen years as Administrative Director. In that role, Ms. Cortizas directed operations of all clinical laboratory programs with a $44m operating budget and $165m gross revenue including 4 divisions and more than 200 employees. Mary Ellen oversaw both the creation and multiple expansions of the Molecular Diagnostic Laboratory Lab that has become the foundation for clinical operations at Claritas. She has participated in the evaluation, selection and implementation of multiple Laboratory and Hospital Information Systems. She represented Laboratory Medicine on oversight committees for Clinical Information Systems and Regulatory Readiness, and for the Human Resources Advisory committee. She has extensive expertise in state and federal regulation of clinical laboratories, including more than 20 successful inspections by the Joint Commission, the American Society of Blood Banks, and the FDA. During her time at BCH, she oversaw strategic planning that resulted in more than $50 million in sustained departmental improvements. She and the Clinical Genetics division chief submitted and were awarded a grant creating the BEST initiative (Bringing Expertise to Selecting Tests) and funded a group of lab professionals, clinicians, and genetic counselors to create practice guidelines for high complexity molecular tests. As a 15-year member of the Laboratory Directors forum of the Child Healthcare Corporation, Mary Ellen collaborates with her peers to develop standards of best practice in pediatric-centered clinical laboratories.

Mary Ellen taught Laboratory Management at Northeastern University and has lectured on multiple topics including quality management, human resource recruitment and retention strategies, and organizational leadership and structure. She served on and chaired an American Society of Clinical Pathologists’ registration exam committee, preparing and analyzing certification exams. She obtained her BS in Biology from Tufts University and her JD from Suffolk University Law School. 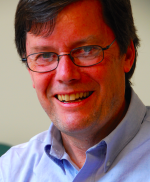 John’s career has spanned pharmaceutical, next-gen sequencing, and genetic testing industries. Joining Claritas Genomics in 2014 as Chief Technology Officer, he has spearheaded novel genetic assays using NGS for diagnosing pediatric diseases and applying DNA sequencing to clinical problems. At Nabsys, he served as Head of Assay Development for three years and advanced the mapping and sequencing of DNAs hundreds of kilobases long using fully solid-state nanodetectors. Before that, he was Senior Director of Genomic Research at Helicos BioSciences for four years, helping to develop the first commercial single-molecule, next-generation sequencing platform and applying it to a range of DNA and RNA sequencing applications. These sequencing endeavors followed 20 years at Pfizer where he applied molecular biology and genetic approaches to identify novel therapeutic targets, to establish the genetic basis of drug response, and to characterize the genetics of drug-induced adverse events.

Prior to joining industry, he was a Research Assistant Professor of Molecular Biology at Brown University researching lambda site-specific DNA recombination, DNA bending, and protein-DNA interactions. This followed a PhD from the University of California, Berkeley, Department of Chemistry, in which RNA and DNA structure and chemistry were studied. His BS in chemistry is from Yale University.

Patrick is a serial entrepreneur who has founded more than two-dozen successful philanthropic, research, and commercial organizations based in biotechnology, applied genetics, and social-network theory. Of note, he co-founded Genomic Health, Personalized Medicine Coalition, European Personalized Medicine Association, PXE International, and many advanced molecular diagnostics companies around the world. He has been an active strategic advisor, board member, investor, and acquisitions manager in the area of precision medicine. He holds many life science patents and has created a number of novel business models in the field of translational medicine in North America, Europe, Israel, and Asia. He has been involved with over a billion dollars of life science risk capital financing. He has managed product development, commercialization, market creation, and clinical delivery of numerous personalized medicine products that have changed standard of care in medicine. He has received many honors and awards in the business and scientific communities internationally. 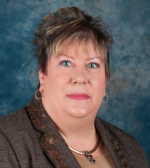