If you’re searching online for “When and how can I find out the gender of my baby?” you’re likely in the early days of pregnancy. First, congratulations! “Is it a boy or a girl?” Every expectant woman is bound to have this question on her mind. 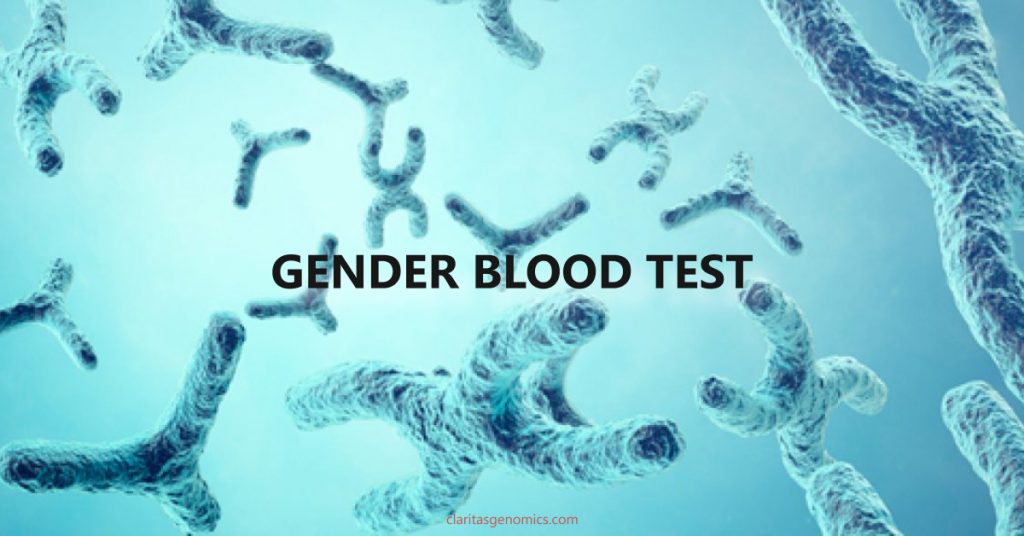 There are plenty of old wives’ tales and folklore about gender determination. But to get an early answer, long before the 20-week ultrasound, you’ll want to do a noninvasive prenatal test (NIPT), a blood test done at 8 to 9 weeks to screen for genetic disorders.  Here’s what you need to know about early gender blood tests.

Let’s start with when is biological sex determined.

When is sex determined?

A baby’s biological sex is determined at conception. But up until about 6-7 weeks of gestation, both genders have what is known as genital or gonadal ridges. The embryo starts to take the shape of male or female genitals between weeks 7 and 12. Still, doctors won’t usually be able to see the differentiated genitalia and tell your baby’s gender.

At 13 weeks, your doctor may be able to predict the baby’s gender based on the angle of the genital tubercle. This is also called “nub theory.” According to nub theorists, if the nub or tubercle is pointed up toward the baby’s head, your baby is supposedly a boy; if it’s flat in line with the spine, it is a baby girl. Because it really is just another “theory,” OB-GYNs usually suggest waiting until the 20-week ultrasound to predict the baby’s gender.

Luckily, with the clinical introduction of NIPTs in the last decade, some great strides have been made in the field of reproductive medicine.  Now, blood DNA tests have become a popular alternative to finding out the gender during the 20-week ultrasound.

A gender blood test is a prenatal blood draw that’s performed on women who are at least 6 to 7 weeks into their pregnancy.

How does a gender blood test work?

During pregnancy, the mother’s circulation contains millions of free-floating DNA fragments. Most come from her cells; early in the pregnancy, the placenta begins to release fetal DNA (also called cell-free fetal DNA, or cffDNA) into the mother’s bloodstream. cffDNA accumulates throughout pregnancy, accounting for about 10-15% of total maternal DNA.

The placenta is genetically identical to the fetus so gender tests analyze placental DNA. If the test detects a Y chromosome, you’re carrying a boy; otherwise, it’s a girl. Just the basic genetics!

NIPT screening requires only 4% of the fetal fraction. This also implies that fetal sex can be predicted with much lower cffDNA levels. This is why gender DNA tests such as SneakPeek can be used as early as 6 weeks into your pregnancy.

Contrary to what most people think, gender determination isn’t the main goal of these tests. They’re actually the first line of screening for genetic disorders including Down syndrome, Edwards syndrome (trisomy 18), Patau syndrome (trisomy 13), as well as other X- and Y-linked genetic conditions. Learning your baby’s gender is just a nice bonus.

Initially, NIPTs were ordered in pregnancies at high risk for chromosomal abnormalities, especially trisomy. Recent data show that more expecting parents are signing up for the NIPT screen.

While the NIPT test is quick, painless, and accurately screens for the possibility of chromosome disorders, it has limitations.

Gender blood tests you can do at home

If you want only a straightforward blood test to find out the baby’s gender and not a genetic screening yet, you might be better off with an at-home gender test kit.

At-home gender testing is based on genetics and may provide expectant parents with early results. As previously explained, the detection of the Y chromosome indicates the fetus is male; if not, the fetus is female.

It’s pretty easy to use these kits; it’s just a case of pricking mom’s finger, taking a blood sample as directed, and sending the package for lab analysis. It’s recommended that you be at least 7 to 8 weeks pregnant when you take the test.

Currently, only a few companies have these gender predictor kits. The most popular ones are the SneakPeek Gender Test,  Peekaboo DNA Test, and Nimble Diagnostics Prenatal Gender Test.

SneakPeek Early Gender DNA Test Kit: If you’re at least 6 weeks pregnant, you can choose between SneakPeek’s Snap & Lancet tests. The Snap Standard package is $99. It has almost no risk of contamination and gives results in 5 to 7 days.  The Lancet Standard is $79 and has a low-to-moderate risk of contamination. For the FastTrack package with results in 72 hours, you’ll have to pay $159. SneakPeek’s accuracy claim rate is 99%. For discounts, clinical summaries, and more, visit SneakPeek’s official website.

Along with gender, traits like your kid’s eye color, hair color, the likelihood of vitamin deficiencies, and even sleep patterns can also be determined. For that, you may want to order a SneakPeek Traits Kit.

Peekaboo DNA Test:  For $65 and within 72 hours, you can find out whether to paint the nursery pink or blue. The accuracy rate is 99% if you’re 7 weeks pregnant.

Nimble Diagnostics at-home test: If you’re at least 7 weeks pregnant, you can take this prenatal gender test for $299. The accuracy rate is claimed to be 99 percent.

What do experts say about accuracy?

The chances of an error with NIPTs are about 1-2 percent when the test is done after week 10 or later.  “Sometimes there isn’t enough fetal genetic material in the mother’s bloodstream to get an accurate reading, which could happen when blood is drawn too early in the pregnancy,” said  Jonathan Schaffir, MD, an ob-gyn at the Ohio State University Wexner Medical Center.

Talking about at-home early gender DNA kits, you may want to take their claims with a large pinch of salt. Because it’s not that uncommon to have mix-ups. Variables that can affect the accuracy of gender tests include:

Is a blood test for gender safe?

It’s just a simple blood test on the mom and doesn’t pose a risk to the fetus. Moms may have slight pain or a bruise on the finger where the needle was put in, but it goes away quickly.

Is it possible to influence the sex of the baby?

There are odd (and old) beliefs that diet changes, intercourse closer to ovulation, and family history—all can influence a baby’s gender. However, none have been scientifically proven yet.

From the moment of implantation bleeding, one of the first signs of pregnancy, until childbirth, expectant mothers have a lot to think about. And we understand that some of those thoughts are intrusive. The truth is that many women find taking a test to detect pregnancy emotionally overwhelming.

With all the excitement and uncertainty surrounding the pregnancy, it makes sense to look for a quick, safe method to find out the gender of your baby. An at-home DNA test is your best bet here.

If you opt for a NIPT, you can find out if your baby is at risk for chromosomal abnormalities. And you’ll be able to seek the help of a genetic counselor before your baby arrives.